Dear DADA Folk,
Our last meeting had so many agenda items we didn’t get to them all. Still much to do as you can see from the notes attached.
Also attached is a map of Darebin showing our current coverage of NRZ 11% and that asked for under Amendment C156, to take us all the way to 30%.
It is still not good enough and Darebin has clearly been the victim of poor politicking by all responsible.
Take a look at the maps to see how you may bee effected.
Cheers, Maria
DADA

1. Business Arising:
a. Discussed other city councils plan for buying up houses to eventually convert into public open space. Action: Maria to do more research to bring back to the meeting. Stonnington Council
b. 748 to 750 Plenty Road, 4 stories, 22 apartments with some at 40 square metres. Action: Mandy to keep an eye on it. Ongoing
c. Reply from the Minister’s office to Mandy’s emailed letter circulated and discussed Action: Mandy to reply in disgust to how condescending and deflective it is.
d. Follow-up with Robin Scott’s office. Maria called back and spoke to Robin’s assistant but there was nothing new. Action: Maria to call and ask to speak to Robin or for him to call back.
e. Discussion of lot consolidated sites over 1000 square metres or 1200 square metres. Also the interface is a concern that it isn’t integrated. Action: Craig to ask D Rudd about footprint on consolidated blocks and the status of garage
f. 137 Mansfield Street, 2nd day in VCAT, Member said she will visit the site and that we will all be invited to attend. No word yet of the visit date. Expect a decision in January. Member put a time limit on objectors to ask questions of expert witness. The member would not accept the number of objectors. James Livingston acting for Council asked only one question of the first expert witness. Action: Meryl to write to Darren Rudd after DADA is incorporated regarding the work of the council representative. The letter will have DADA imprimatur.
g. Maria found a variation in the Planning Committee minutes. Action: Maria to write to the CEO and CC Councilors after checking with Robert Phillips as to how this can happen.
h. Sally suggested we go to town planner courses and ask if final year students will do pro-bono work on behalf of objectors. Action: Sally
i. We need to open a DADA bank account Action: Craig to pursue opening a bank account with Bendigo Bank.
j. Suggested corruption by developers asking for specific members to hear their case and that somebody should collect the data and talk to the papers. Action: Maria to contact Lucas Clay from the age to ask if he will do the research.
k. DADA VCAT Member evaluation. Circulated draft for discussion and suggestions. Can add to website and collate data. Need somebody to do that. Trial as a PDF with the extra comment added first. Action: Maria to add to website Done 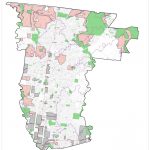 2. Amendment C156: passed through last council meeting without public consultation. Some of the participants in the process for C144 and C152 were contacted and advised of its impending passage with a 5 day window for feedback. DADA was not included. Maria rang council and asked why which resulted in a meeting with D Rudd and G Hughes on Thursday the 14th of April from 10 -11am.

3. Meeting with the Mayor and CEO planned for Thursday the 21st of April at 4pm in the conference room, 1st Floor, 350 High Street. Plan to discuss the workload create by DADA objections. Letter circulated. Ask if Jacinta the government rep can be present at this meeting. Consider contacting Adele Ferguson and Clay Lucas at The Age.

6. DADA objector handbook completed and ready to go. Draft copies not circulated due to lack of time. Action Maria: Agenda for next meeting

7. Managing Residential Development Advisory Committee: Maria and Chris plan to present on behalf of DADA on Schedule for Friday the 6th of May. Darebin Council not listed on the first schedule but a second has been sent with Darebin presenting on same day as DADA. Ideas for presentation to map out the Amendments on a timeline and reiterate those things said over and over again to this panel.

8. From the papers: Age article on the Fairfield site with no parking. Journalist was invited by developer so reads like an advertisment for the development.

9. Planning Alerts have asked not to add repeated comments on their website. Email messages and response circulated. Maria now adding all of the objections on the planning alerts website

11. Planning Committee Meeting News:
Monday the 11th the council granted 12 permits on block because nobody except DADA folk objected. This move is an attempt to undermine and dismiss our objections but appeared to backfire when objectors in the audience were prevented from being heard by the committee.

13. VCAT Updates:
a. VCAT is planning on charging people to object/be a party to a proceeding. Fee of $51 dollars.
Information about the reforms, the proposed regulations and how to make a public submission, are available at http://myviews.justice.vic.gov.au/vcat-fees-regulations-2016 Public comments and submissions will close on Monday 2 May 2016. Direct action also suggested. Suggested we plan a protest outside VCAT with other Victorian planning groups. Action Maria to raise a protest idea with Mary Drost from Planning Backlash and start an online petition to go to the media and VCAT. Also explore the idea of a crowd sourced half page add.

14. Objector Updates:
a. 13 Dean Street PRESTON, proposal refused by council. Congratulations and thank you George.
b. 2A Hill St Thornbury, a success in that council refused a permit amendment for the closing in a third bedroom in a two bedroom completed development. Great work Marsha and Paul.
c. 425 Plenty Road, went straight to VCAT, 6 storey, 25 dwellings. Proposal refused by council. Maria intends to be a party at the hearing.
d. 154 and 256 Wood Street, From Kay regarding greens signs showing planning application going straight to VCAT.
e. 153 Wood Street, From Bec, also going straight to VCAT, new plans submitted, reverse living.
f. 305 to 307 Plenty Road, John thanked DADA for their supportive objections and did a letter drop, as of last Friday 33 objections. Action: John will send us templates he used to share.

16. Letter from VCAT to some DADA objectors indicating they couldn’t be a party to particular hearings because they did not object originally. This has happened because of the growing DADA list where some folk came on later they may not have objected to planning applications that later go to VCAT.